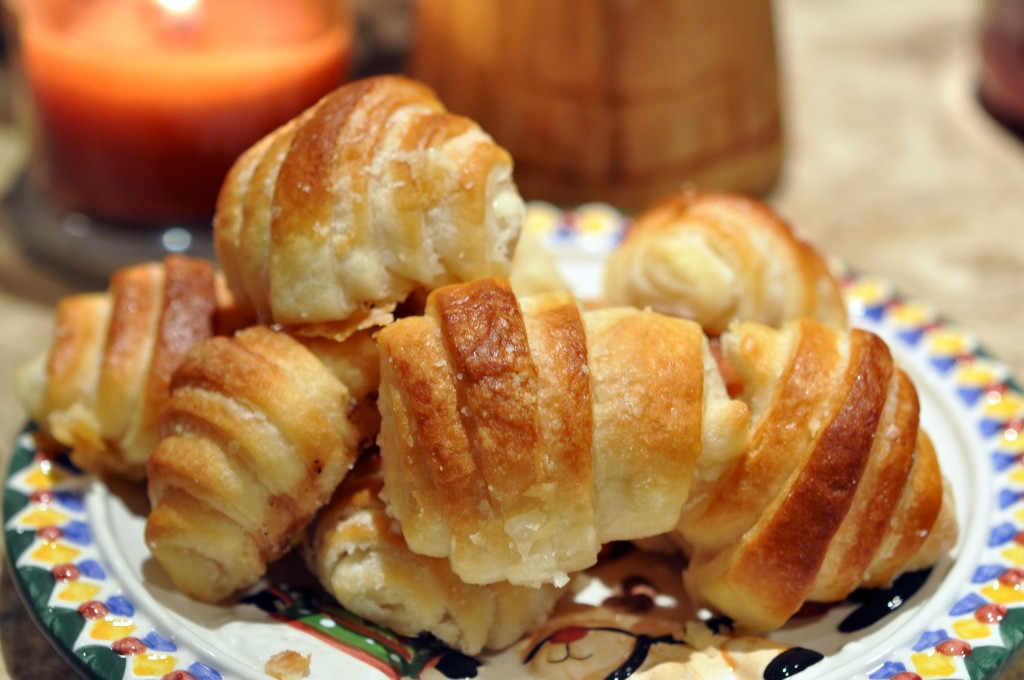 Do you know the history of St. Lucia? A traditional Advent custom in Sweden, St. Lucia Day is celebrated on December 13th to honor the young Italian saint known as the “Queen of Light.” How the Swedish people came to celebrate an Italian saint is quite a story, one our family has enjoyed learning about this Advent season.

St. Lucia (pronounced Lu-chée-a in Italian and Lu-sée-a in Swedish) was born in Sicily, an island of the coast of Italy, in the third century A.D. During this time, Sicily was part of the Roman Empire and it was against the law to be a Christian. St. Lucia’s father was a wealthy nobleman, but sadly died when Lucia was a baby. Her mother raised Lucia as a Christian, despite the fear of persecution for their faith.

When it came time for Lucia to be married, the young girl was deeply saddened. She loved God with all her heart and wanted to dedicate herself to God alone and His service. But, arrangements were made for her to marry a pagan man. Lucia begged her mother not to force her into this arranged marriage but to give her dowry away to the poor instead. Her mother gave her permission, but her fiancé was furious that his bride-to-be would give away her dowry, their inheritance, to the poor. He was so enraged that he denounced her to the governor thereby revealing that she was a Christian.

Governor Paschasius had Lucia arrested and brought before him. Refusing to denounce her faith, Lucia proclaimed that she had given everything she owned as a sacrifice to Jesus Christ. Steadfastly clinging to her faith, Lucia was martyred on December 13, 304.

The name Lucy or Lucia means “light.” She is called the “Queen of Light” because she was willing to give up her life to honor Christ. Lucia boldly held high the light of Christ during a time in history that was indeed very dark.

Maybe you are wondering, as we were, how Italian St. Lucia came to be an Advent tradition in Sweden. The Swedes love St. Lucia because she saved their country from a terrible famine. During the Middle Ages, the people of Sweden were starving. One night, on the darkest night of winter, a boat approached the shores of Sweden. At the head of the ship stood a beautiful maiden dressed all in white and glowing with light. When the boat reached the land, it was filled with huge sacks of wheat, enough to provide more than enough bread for everyone to eat all winter long. The Swedish people attributed the provision and the return of the light to the Italian St. Lucia, whom they knew provided for the poor.

In Sweden, on December 13th, the oldest daughter in the family portrays St. Lucia. Dressed in white and wearing a crown of lighted candles, she awakens the rest of the family by serving a tray of freshly baked Lucia buns to her parents and siblings in bed! St. Lucia reminds us, in the middle of Advent, that Christ is indeed the Light of the World, whose birthday we are preparing to celebrate. St. Lucia is remembered as the bride of Christ, martyred for her faith and desire to serve only Him.

The eldest girl Little and I had high hopes of beginning the tradition of St. Lucia this morning. We’ve read several books and even picked a recipe to bake Lucia Buns to serve this morning to the rest of the family. I’ve written about how our plans went awry and shared our intended recipe at The Schell Cafe today. I hope you’ll read a rather amusing account of our first St. Lucia Day. Regardless of how, or even if, you celebrate St. Lucia Day, there is an important lesson for us to learn from this honored saint. Like St. Lucia, we are also called to be a light in a dark world.

For once you were full of darkness, but now you have light from the Lord.

So live as people of light! For this light within you produces only what is good and right and true.