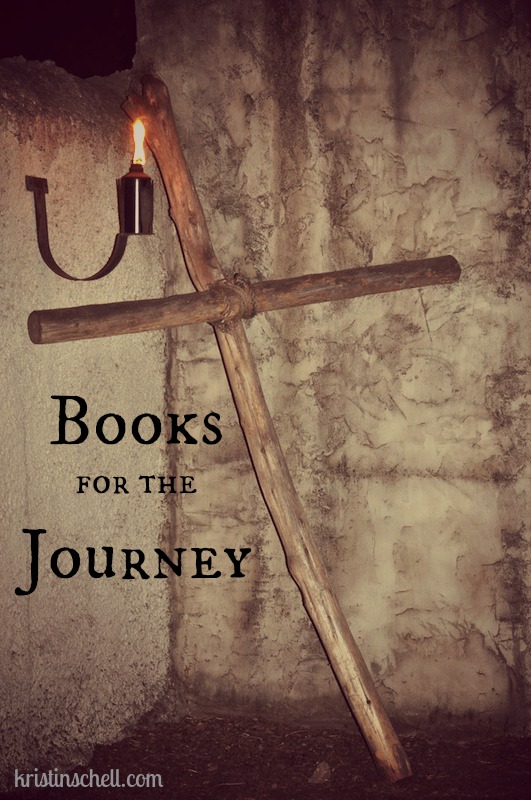 I read so many books (as you recall many at one time) narrowing down favorite titles on faith was harder than I thought. I tried to compile a list of rich reads that offer encouragement—or at least they did to me—no matter where you find yourself in your faith walk. Admittedly, this is an eclectic assortment of writers ranging from a 16th century Carmelite nun to a journalism student at Brown University acting on assignment. The voices are vibrant and varied, but each of these stories gets straight to the heart of the gospel. Of course, I believe all stories eventually lead to the heart of the matter when you consider the Author and Perfecter of our faith.

Flunking Sainthood by Jana Riess. I picked up Riess’ book at a Catholic book store in Santa Fe. I snorted with laughter thumbing through the book in the incense infused, saintly shop. I’m sure the clerk gave me the hairy eyeball. In Flunking Sainthood, Riess recounts her year-long quest to become more saintly by tackling twelve spiritual practices, including fasting, fixed-hour prayer, Sabbath-keeping and gratitude. I only wish she had invited me to join her and we could have flunked together. 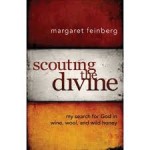 Scouting the Divine: My Search for God in Wine, Wool, and Wild Honey by Margaret Feinberg. My brother introduced me to Margaret Feinberg several years ago. He’s a pastor and heard Margaret speak at one of his denomination conferences. Although he’s younger, he is ordained so that kind of trumps the kid brother status. I generally listen to his counsel. I’m grateful he recommended Scouting the Divine and I’ve been a fan of Margaret ever since—I might even be a bit of a stalker on instagram and twitter. For those of you who are already Feinberg fans I know you are as excited as I am for her new book Wonderstruck which releases Christmas Day. You can pre-order Wonderstruck now. (I swear I’m not paid to write these reviews!)

Mudhouse Sabbath by Lauren Winner. In my three year long  effort to understand sabbath, both from a historically Biblical perspective and from the grace given this side of the cross, I stumbled upon Mudhouse Sabbath. Lauren converted from Orthodox Judaism to Christianity. In this book, she shares how the rich traditions and spiritual practices of the Jewish faith are applicable to her life as a Christian. As I was reading, and reflecting on my own Jewish heritage, I felt like I was having coffee with Lauren at Mudhouse, the cafe for which her memoir is named. You can imagine my delight when this past fall I spent a weekend which culminated in serving communion with Lauren Winner at the Laity Lodge Writer’s Retreat. Unlike Margaret Feinberg, Lauren is not on social media, so I am unable to stalk her. The Lord obviously knew this which is why He was gracious to allow me to meet Lauren in real life.

Chasing Francis: A Pilgrim’s Tale by Ian Morgan Cron. My friend Teri Lynne texted me from a conference last spring telling me she had just heard Ian Cron speak. She told me I *had* to get Chasing Francis. So I did. I read the entire book that night. Chasing Francis is a fictional story with profound implications for the contemporary church told through actual accounts of the life of Saint Francis of Assisi. After reading the book, I told Husband I felt the Lord was calling us on a trip to Italy. He rented The Way featuring Martin Sheen and saved his neck on airfare. Only now I want to go to Italy and Spain. 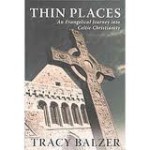 Thin Places: An Evangelical Journey into Celtic Christianity by Tracy Balzer. In one of my more contemplative, sabbath seeking moments I found Thin Places. I think I was googling Celtic circling prayers or something obscure like that. Balzer describes thin places as, “any place that creates a space and an atmosphere that inspires us to be honest before God and to listen to the deep murmurings of his Spirit within us is thin.”  Balzer introduces the spiritual legacy of the ancient Celtic faith in a way that is fresh for modern day Christians. Poor Husband, now we are headed to Italy, Spain, and Ireland. 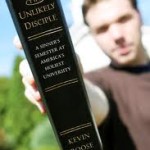 The Unlikely Disciple by Kevin Roose. Mrs. Kravitz handed me a copy of Roose’s book a couple years ago and said, “read it.” She texted a few hours later to see where I was in the story so we could talk about it. I love my neighbor. Since that day we’ve had a slight crush on Mr. Roose. Anyone who can leave one of America’s most liberal universities to go ‘undercover’ as a student at perhaps the country’s most holy and write about it with equal parts humor, honesty, and grace deserves a huge round of applause. And applause he received from not only Mrs. Kravitz and me. The Unlikely Disciple garnered praises from seemingly ever publication out there including both The Onion and Christianity Today. Talk about strange bedfellows. Roose’s semester of discovery, in my humble opinion, is a story being continued. . .

Life Together Dietrich Bonhoeffer. A modern day martyr, killed by the Gestapo, Bonhoeffer left a legacy of writings offering encouragement that read like one of Paul’s letters from prison. Life Together gives practical advice on how life together in Christ can be attained in our everyday lives. It’s a must read for anyone hungry to know more about how we are called to live together in Christian community. On a side note, I am reading Bonhoeffer’s reflections for Advent and Christmas called God is in the Manger. The Advent devotional is comprised of sermons, poetry, and letters written from Bonheoffer to his fiancée Maria von Wedemeyer during his imprisonment by the Third Reich.

A Circle of Quiet by Madeleine L’Engle. In 1998, Mia and I spent a weekend with Madeleine L’Engle at Laity Lodge. I wish with all my heart I could find my notes from the weekend we spent soaking up her wisdom. A fan of A Wrinkle in Time from my childhood, I asked Ms. L’Engle which one of her many books she would recommend I read as an adult. She pondered for a moment, reached for a book, autographed it and handed me A Circle of Quiet with a smile. I recently re-read most of the first in the series of The Crosswicks Journal. In my second reading of the book, I found the story bittersweet recalling my own, albeit brief, time with L’Engle. It’s a beautiful insight into her life as a writer, wife, mother and grandmother.

Interior Castle St. Teresa of Avila. I’ll be honest with you. This isn’t a quick or easy read. But, spending time with one of Spain’s most beloved saints is worth it. For Teresa the soul is like an interior castle. The book explains the inner life of the soul, the stages of prayer life, and the characteristics of trials and triumph along the way. At times the book was so hard for me to understand I prayed for God to send me the Cliff Notes. I’m still waiting for the cheat sheet, but have compiled enough research and stories on St. Teresa I wonder if I’m supposed to write it myself. I think I would call the book Me, Myself & Teresa: Lessons from a Saint.

Enjoy the books, friends! There’s enough on this list to keep you well read for the next year. What’s on your must-read list? You know I’m always adding to my collection.