Today, I’m honored to have my friend Kim Miller join us at the Olympic Feasts table. Kim and I have known each other since, well…a long time. We met at The University of Texas, but there’s no sense dating ourselves, right? We reconnected, however, through our blogs. I found her blog unexpectedly and knew that the beautiful stories of her faith and family living in Hong Kong had to be the same Kim Miller I knew from UT. I’m grateful our paths have crossed, now if only she would start blogging again… 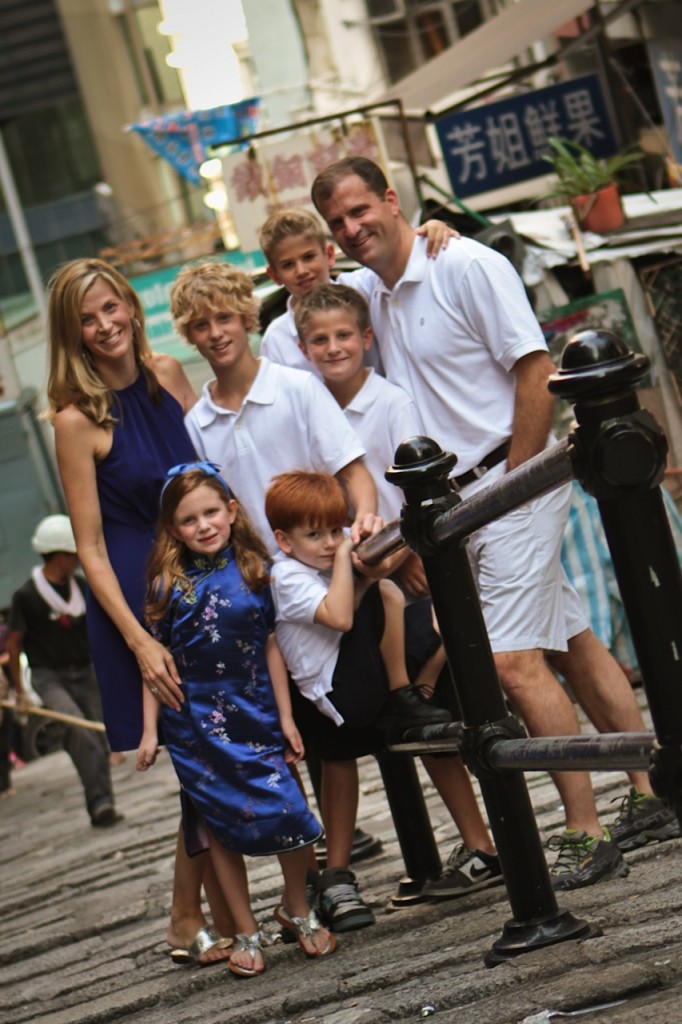 {The Miller Family in Hong Kong}

We have been home from home exactly one year this month. From Southeast United States of America to Southeast Asia. And back.

After an exciting, two year overseas adventure in Hong Kong, our family of seven has returned Stateside to negotiate the muddy waters of repatriation, the unique experience of reverse culture shock, the ‘easier said than done’ practice of looking back with gratitude vs. longing for more, and yes … the intense cravings for Dim Sum on Sundays. 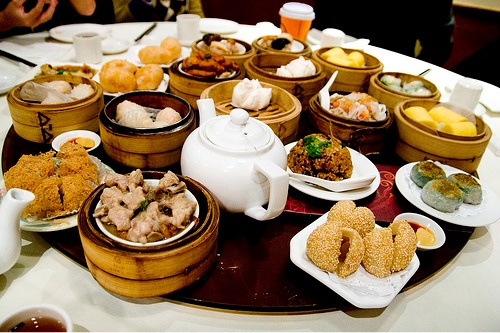 {Photo Credit: The Girl Who Ate Everything}

Hong Kong is a Special Administrative Region (SAR) of the People’s Republic of China (PRC).  Hong Kong (name means “fragrant harbor” in Cantonese) is situated on China’s south coast and enclosed by the Pearl River Delta and the South China Sea.  Hong Kong is known for its expansive skyline and deep natural harbor.  With a population over seven million who live and work in a land mass of 426 square miles, Hong Kong is one of the most densely populated places in the world.

Hong Kong became a British Colony after the First Opium War and is often referred to as the place where “East meets West”.  On July 1, 1997 the transfer of sovereignty from the United Kingdom to the PRC took place, ending 156 years of British colonial rule.  Operating today under a “one country, two system” principle, Hong Kong has a different political system from mainland China and it’s separate currency (the Hong Kong dollar) is the eighth most traded currency in the world. Hong Kong has one of the highest per capita income in the world. According to a UN survey in 2012, Hong Kong has the longest life expectancy of any country in the world with rankings high in economic freedom, financial competitiveness, quality of life, corruption perception, and Human Development Index.

Because dense space demands denser construction, Hong Kong is renowned for it’s modern architecture and highly developed public transportation network.  With a travel rate of 90%, Hong Kong also earns the distinction as the city with highest public transportation travel rate on the planet.  Yes, this suburban soccer Mom traded her SUV for the liberating convenience of subways, buses, ferry boats, taxis and walking for two years!

Hong Kongers have a passion reserved for Hong Kong food that surpasses their love for shopping, politics, gambling, and even … {gasp} … stocks!  And this former Hong Kong Resident ID card holder would insist that dim sum is the most delicious and distinctive Hong Kong cuisine.

In Hong Kong, dim sum is a weekly ritual family meal, generally enjoyed on weekend mornings or early afternoons.    While there are several theories on where and when the art of dim sum began, most agree that original dim houses originated in Canton, where small, roadside establishments served tea along with a bit of substance for weary travelers or rural workings.  These simple Cantonese tea snacks eventually became the main focus of the meal.  However tea is still essential to the traditional dim sum experience.

Today dim sim typically comes served in steam table trolleys stacked high with bamboo steamer baskets.  Some of our fondest Hong Kong memories are of Sunday worship services with first generation believers followed by a traditional dim sum lunch. Our party of seven would fill the largest, traditional round Chinese table making our attempt to blend in with the locals impossible.    Bottomless tea and a ‘lazy susan’ pilled high with steamed buns, dumplings, vegetables, and fried rice characterized our Sunday table.

Some of our family favorite dim sum dishes include:

Barbecued pork stuffed into a bun deserves it’s very own shout out as the kids most beloved dim sum dish! Breaking open a soft white steamed bun to find the glistening filling of diced char sui with barbecue sauce with hints of soy and caramel was simply intoxicating for our five children!

For a taste of Hong Kong, check out Jen’s Char Siu Bau recipe on her blog Use Real Butter.
Dai ga sik fan – everyone, let’s eat!