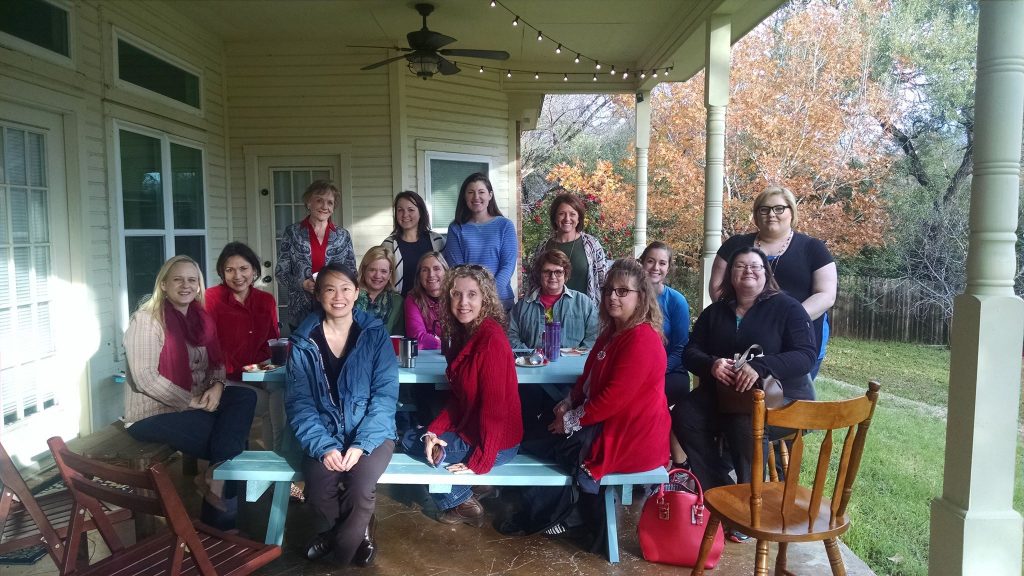 Heading down her street for a brisk evening walk, Melissa saw the elderly woman, a neighbor she’d never met.

Melissa had been reading the book “Anything” by Jennie Allen, and was mulling one of Allen’s messages – Reach Out. She, her husband, Christopher, and their four children had recently moved to Belton, Texas, from their longtime home in North Carolina, and the transition hadn’t been easy.

“I really felt like I didn’t have community in my neighborhood,” Melissa said. “So I said, ‘OK God, today I’ll do anything.’”

Melissa asked the elderly woman if she was heading out on a walk as well. “No,” the woman said, “I’m just getting my mail.” Turning to continue on her way, Melissa was compelled to stop. She went back to talk with the woman.

She passed her number to the woman, and offered up the services of her husband, a contractor, if the widow ever needed help around the house. It was a small moment, but a big spark.

A couple of weeks later, another neighbor asked Melissa if the turquoise bistro set in her front yard was “THE Turquoise Table.”

“I said, ‘I have no idea what you’re talking about.’ She said, ‘Go home tonight and look it up,’” Melissa said.

She did, and was inspired. On her back deck was a plain old picnic table. And turquoise was Melissa’s favorite color. She presented the idea to her husband, told him about the Turquoise Table and how it could help recreate the community they were missing back home. He resisted.

“I’m not going through with this plan until you’re on board,” Melissa said, adding with a wink, “But I did buy the paint.”

On a cold and rainy Thanksgiving weekend, their first away from family and friends, the couple’s mood matched the weather. Melissa’s husband looked outside at the table, and said, “Where’s the paint?” 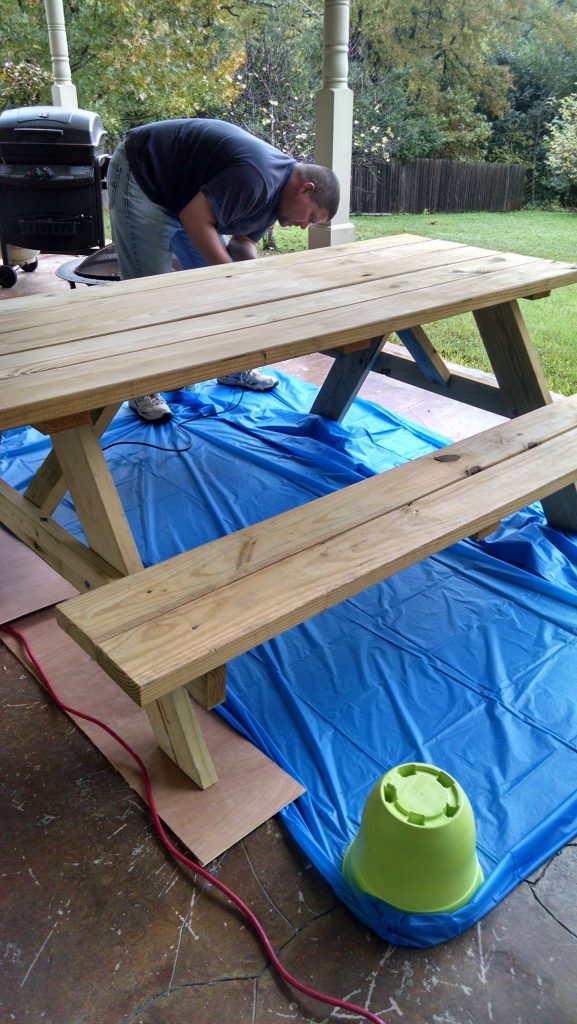 That next month Melissa sent out 40 invitations, passing them to neighbors she didn’t know. One was to a mom of a special-needs child. Melissa would often end up behind the bus that picked the boy up from home, so she walked down and knocked on their door.

“I said, ‘Hey, this is going to be really weird, but I’m often behind your son’s school bus in the morning,’” Melissa said.

The mom was Sandi, and she was one of 15 women who came to Melissa’s first Turquoise Table gathering. Sandi moved to the neighborhood two years prior, and also felt a lack of connection with those living around her. This was compounded by the fact that much of her time was spent caring for her 15-year-old special-needs child. Plus, Sandi was pregnant – the 11th child to be welcomed into her and her husband’s blended family.

“I told her I’m so glad that you approached me,” Sandi said. “I look like a hot mess right now, but I’m so glad you knocked on my door.”

Melissa continued to host Turquoise Table events, including a wildly successful Easter Egg hunt that welcomed nearly 50 people. She also invited neighbors to stop by anytime for a talk, which they did – some popping by in their pajamas after dark. 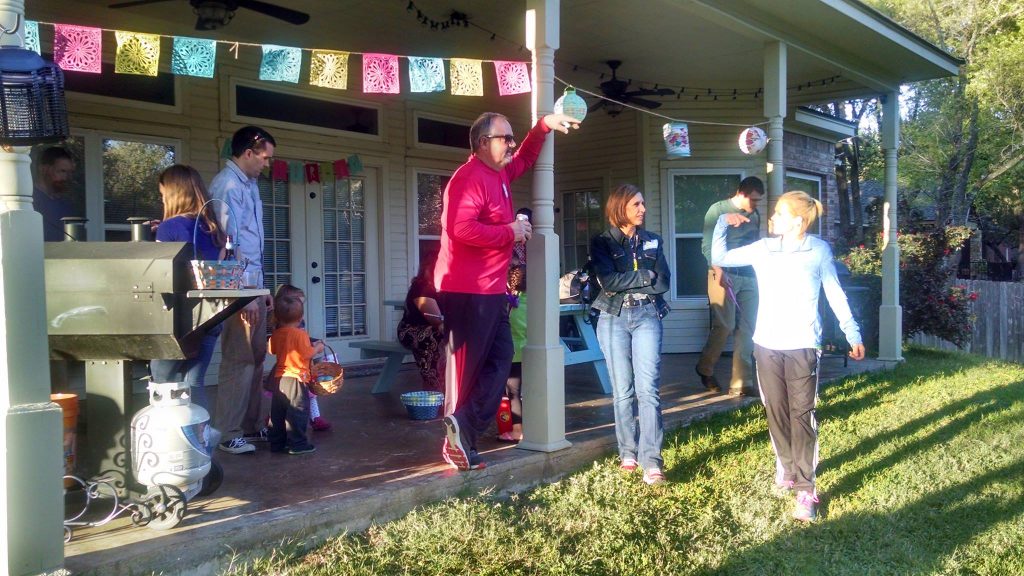 When Christopher and Melissa made the decision to move back to North Carolina, she worried about losing momentum, and talked about leaving the Turquoise Table behind. Sandi raised her hand.

“I said, ‘Hey, I’m open to doing it. Now that you’ve opened the door for me … I’m willing to take on the task and try to maintain, if not grow,’” Sandi said. 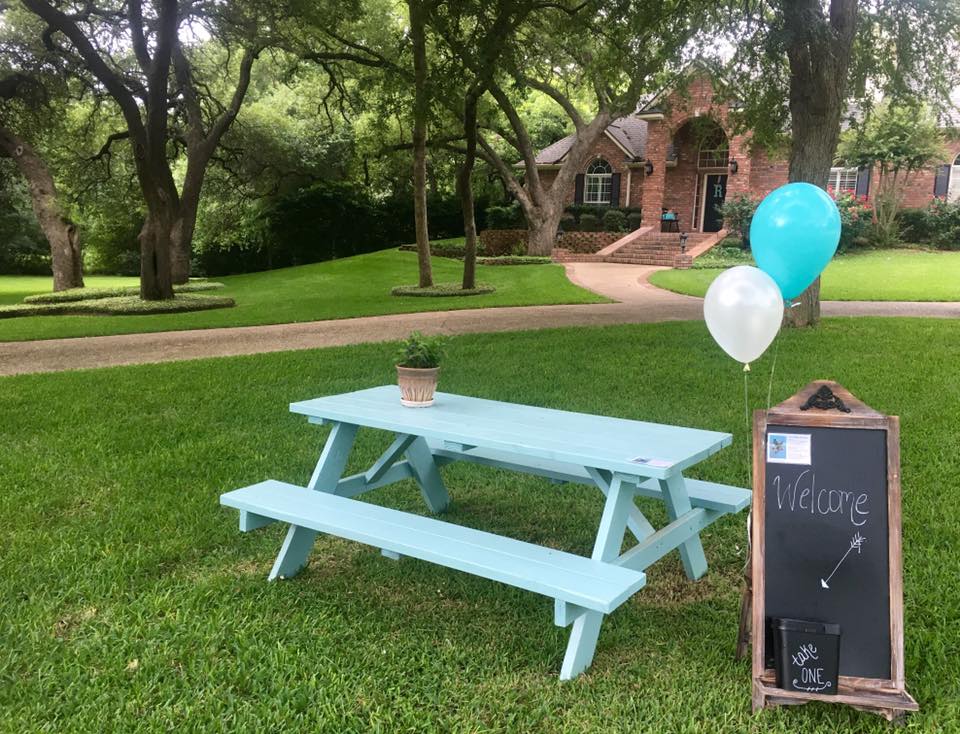 Sandi hosted 25 neighbors to her first Turquoise Table gathering in early June, complete with lawn games, barbecue, and matching turquoise balloons and tablecloths. She already has a Bunco night scheduled, and hopes to make it a monthly gathering of Front Yard People.

For Melissa, the spark that started on a cold evening has been passed on, first to her husband, then to Sandi, and now it’s heading east.

“I have so many friends in North Carolina that say, ‘You’d better bring that Turquoise Table with you!’”