{In case you are new, or haven’t stopped by The Kitchen Mission in a while, I’m sharing part of my story that came from an exercise called My Life is Gospel. Feel free to read the introduction and back story, or just dive in! If you haven’t subscribed yet, you can receive The Kitchen Mission via email by filling out the subscription box on the right. And, of course, The Kitchen Mission is on Facebook. Welcome, friends! I’m glad you are here.} 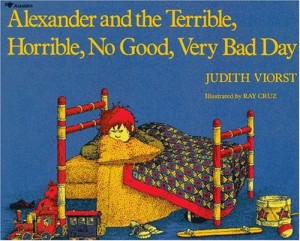 1980 was indeed a terrible, horrible, no good, very bad year. Shortly after I lost the 7th grade student council election for vice president at E.B. Walker Middle School, I got the crap beat out of me. After a ridiculous round of teenage taunting, I was slammed up against a locker and punched by a very angry girl who wanted my lunch money. Nothing was broken, unless you count my spirit.

A week or two later, I was the new girl clad in plaid at the neighborhood Catholic School. Safely tucked in the parish school, surrounded by nuns and crucifixes, I was worlds away from the bully and her threatening cronies. To say I was culture shocked in my new environment would be putting it mildly. My context for religion was the Methodist Church where I spent an hour a week singing with neighbors and trying my best not to topple the alter candles on the Sundays I served as acolyte. My storybook Jesus was friendly and did all kinds of nice things for people.  My theology was straight out of the Davey and Goliath episodes I loved to watch on TV while eating Frosted Flakes.

My indoctrination into catholicism was nothing short of baptism by fire. My weekly hour in God’s happy house metamorphosed into daily liturgical rituals, morning mass, prayers in a language I knew not, genuflecting, crossing, up down, turn around, thou shall, and thou shalt not. And the incense? Holy smell it drove me nuts.  I was on complete spiritual and sensory overload. If I hadn’t already had the crap beaten out of me, the Catholic Church would have succeeded in scaring it out. I muddled through memorizing catechisms, awkwardly rubbing beads on my borrowed rosary, and generally trying to avoid anyone in a cassock or habit.

If I thought hiding from God over my 3rd grade Oreo incident was hard, let me tell you hiding from the Monsignor was harder. And when he found me his words rocked my world. In the 7th grade, at Catholic School, the head priest told me I was going to hell. This news was not delivered from the gold gilt pulpit in a sermon to the masses on repentance and salvation. I was an audience of one when Monsignor warned me I was going to hell because I was Methodist. From that day on, I sat silent and small in the pew while my friends confessed their sins in ornate, sacred booths I wasn’t allowed to enter. I sat alone as my peers processed daily to receive the body and blood of Christ from cup and chalice at a table to which I was not invited.

Bummer, huh? So at this point I’m beat up, excluded, and going to hell. Which I guess would be a good place to end this rather longish post, but I drew the picture of the bikini on the road map, so I best explain it.

Towards the end of the already terrible, horrible, no good, very bad year I went to a swim party for our class. As you might imagine, we all wore swimsuits. You know, since it was a swim party and all. Without going into too much detail about my physical 7th grade self, let’s just say there wasn’t anything going on yet for my bikini swimsuit to cover up. But I was called out that day by the pool, in front of my friends. Monsignor pulled me aside and told me I  “was causing the boys to sin because of my bikini swimsuit.” So now, not only am I going to hell, I’m apparently dragging a whole bunch of people with me. Great.

I originally ended this pitstop story here, but I feel like a little closure might be warranted. It took me a long time to get here, but I am truly grateful for my terrible, horrible, no good, very bad year. I forgave Monsignor the year I found out he died. Not because he died, but because until I heard of his death, I had truly quit thinking about him and my two years at Catholic School.  I honestly believe Monsignor’s intentions were good and he cared about me. His evangelism tactics and the theology he shared with me on hell were warped, but I believe he wanted for me the gift of salvation that comes with accepting Jesus Christ. As I searched the web, yesterday, to remind myself of the year Monsignor passed away, I discovered his full name. A name I won’t mention out of respect for him, but further proves that no detail is too small or too big for our Sovereign Lord. Or, at minimum that He has a sense of humor. Monsignor’s first and middle names are the exact same names as Husband’s. (I may need a little unconsecrated wine to help process that tidbit!)

I also have forgiven the Catholic Church for scaring the crap out of me. To reveal the merciful nature of God, I tell you He used the Catholic church as a place of great solace during my sojourns in France. And I do not believe it coincidence that I recommitted my life to Christ in a converted convent in south Texas. I have grown to cherish much of the Catholic liturgy that once repelled me. God does heal. And he uses our hurt for His purposes. The Lord is raising up in me a holy passion for those who have been hurt or excluded by church and religion. For anyone who has sat alone in a pew and felt like the weren’t invited. Or made to feel like they aren’t worthy of the love of Jesus Christ.

But now I’m getting ahead of myself…

Coming up next? Pit Stop #3: Wanderlust. I hope you’ll continue to join me.