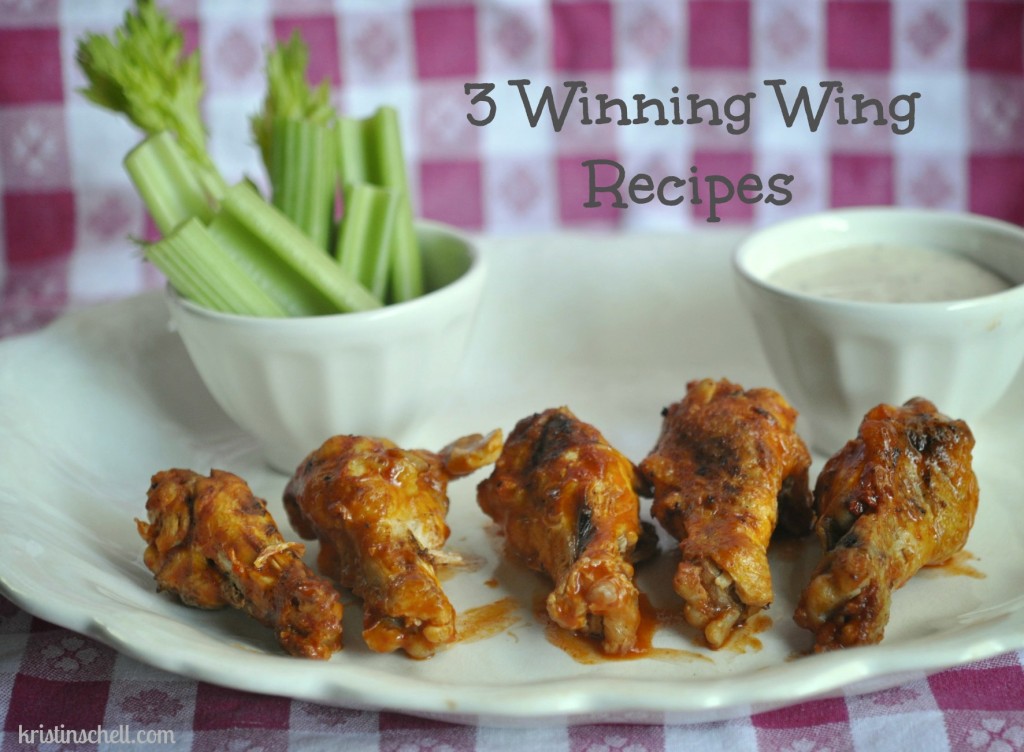 In case you missed it Sunday is the Super Bowl. I don’t know about you, but I can hang all Fall with middle school, high school, and college football. But the Super Bowl? As we say in Texas, I don’t have a dog in this hunt.

When he asked if he could have a few of “the guys” over to watch the Super Bowl I said sure. Followed by when is it? and who’s playing? (Feb 3rd. 49ers vs Ravens)

While my football acumen may require me to sit the bench, I will no doubt clock some major turf time in the kitchen. In anticipation of Sunday’s game with ‘the guys’ I’ve presented Husband and son with a killer line up of wings over the last few days. The first recipe I tried was BBQ wings. I used Stubb’s BBQ Sauce since it’s a local Austin favorite. The response, “awesome, but they aren’t Buffalo wings.”

My neighbor got wind of my wing fest and gave me her family’s favorite recipe for Sweet & Sour Wings. Oven baked with a delightful sauce of apricot preserves and soy sauce, this was my favorite wing. Sweet, savory, and sticky. YUM! The male response, “awesome, but they aren’t Buffalo wings.”

I wised up. Bought a gigantic jar of Frank’s Red Hot Buffalo Wing Sauce and presented wing option #3 to the football loving men of the house. The response, “now that’s what we’re talking about!” High fives and weird turf dances ensued.

All three of these wing recipes are winners. Pick your favorite or make all three recipes! You can use chicken wings or drumettes. I used a mix of both. For the two crockpot recipes, don’t skip the broiling step. It’s quick and easy and will ensure your wings are colorful and flavorful.

Preheat broiler to high. Rinse and dry chicken. Season with pepper and paprika. Arrange chicken on a broiler rack inserted on a baking sheet. Broil for 5 minutes on each side, until crispy and brown. Combine the remaining ingredients in a small bowl. Transfer chicken to a crockpot. Top with sauce. Cook on LOW for 2 hours.

Preheat broiler to high. Rinse and dry chicken. Season with pepper and paprika. Arrange chicken on a broiler rack inserted on a baking sheet. Broil for 5 minutes on each side, until crispy and brown. Transfer chicken to crockpot. Pour Frank’s Buffalo Sauce over chicken. Cook on LOW for 2 hours.

I whipped up a batch of  Creamy Blue Cheese Dressing for the BBQ & Buffalo style wings.

In case you need a refresher on football rules for your son, here’s a link to a post I wrote for The MOB Society last fall called Rules Every Mother Should Know About Football. I think we should add ‘knowing how to make Buffalo Wings’ to the list.

What are y’all serving for Sunday’s Big Game?