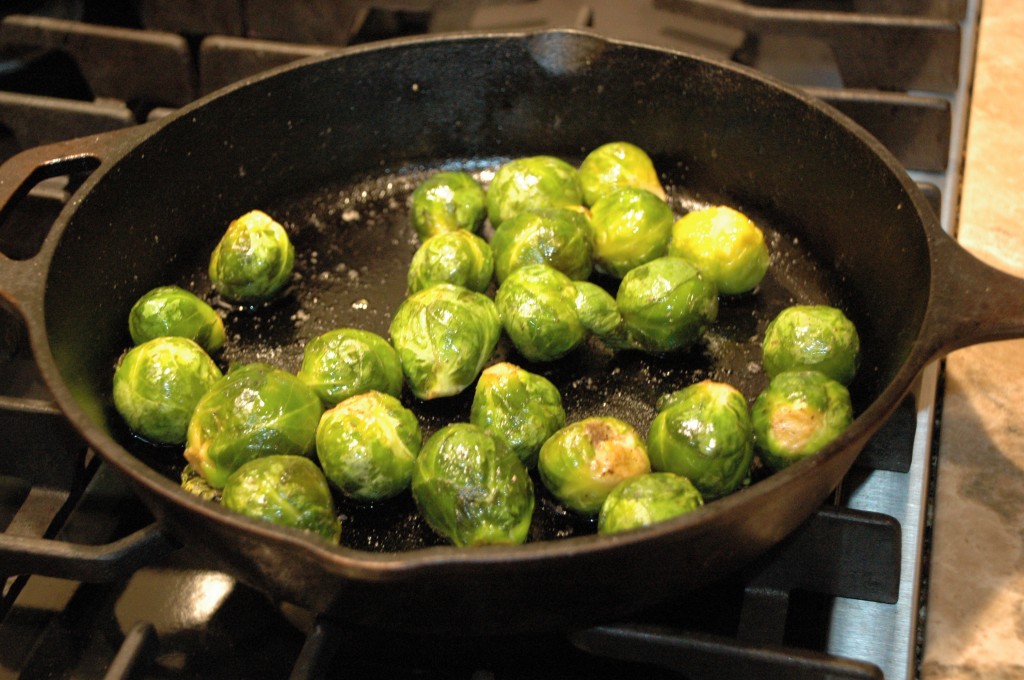 Now that your cast iron skillets are prepped and ready, let’s cook! If you think you are not a fan of brussels sprouts, maybe this recipe will change your mind. Forever.

Long committed to memory, my favorite method of cooking brussels sprouts hails from Mark Bittman. I didn’t realize I added the sliced almonds, but when I googled the recipe to share with you I found no mention of nuts. I probably had toasted almonds on the counter for another use and just tossed them in one night. I’ve been making them with sliced almonds as long as I can remember and think you’ll like the addition too.

(from Mark Bittman at The New York Times)

Heat olive oil in cast iron skillet over medium-high heat. Arrange trimmed brussels spouts cut side down in cast iron skillet. Careful they will sizzle! Cook until the bottom of the sprouts are browned, about 2-4 minutes. Toss in sliced almonds and gently stir (or shake) the pan to mix up the brussels sprouts.

Place cast iron skillet in oven and roast for 20 minutes or until the brussels sprouts are fully browned and tender. I shake the pan from time to time to keep the sprouts roasting evenly.

Remove cast-iron skillet from oven and drizzle the balsamic vinegar over the brussels sprouts and almonds. Add salt & pepper to taste. Serve immediately.

So tell me, do you like brussels sprouts? Or not so much.