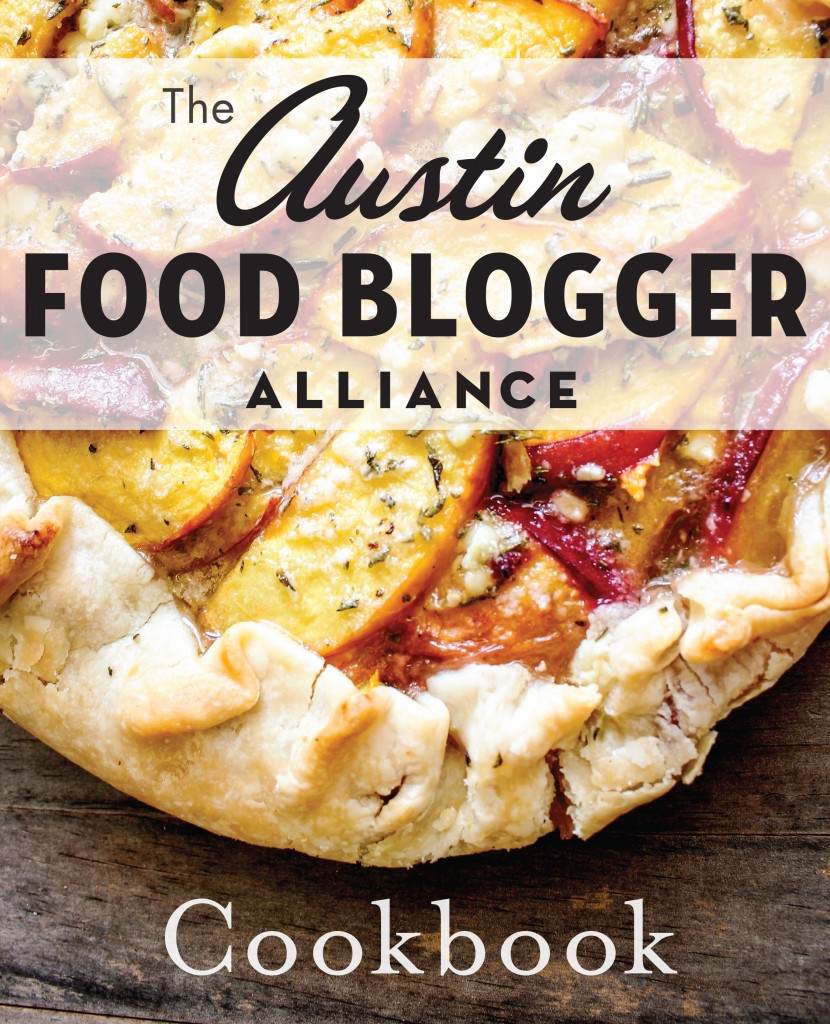 Flipping through my collection of junior league cookbooks I imagine generations of women telling stories and passing down recipes seasoned with memories. Community cookbooks are bound together with so much more than recipes. These snapshots in time are two parts memoir, one part history, and soaked in flavor.

Have I mentioned I’m a fan of community cookbooks?

When Addie Broyles, food writer at the Austin American Statesman and champion of the new cookbook, asked if I would contribute a recipe or two to a community cookbook of the  Austin Food Blogger Alliance, I cheered with great enthusiasm. It’s been a year since that conversation and, today, the result of Addie’s vision and hard work is released!

The new Austin Food Blogger Alliance Cookbook is all kinds of awesome. Published by The History Press, two-hundred pages filled with an eclectic mix of recipes, stunning photographs, and stories from the uber-awesome Austin food blogging community. Husband actually snuggled up with the cookbook on the couch and hollered out his favorite recipes like he was placing an order! Goat Cheese Stuffed Hatch Peppers, Savory Peach Gorgonzola Galette, and Ancho Cherry-Raisin Glazed Pork Medallions were at the top of his very long list.

You can buy the cookbook now at Austin area book stores, including BookPeople, Breed & Co., Whole Foods, and Central Market. The cookbook is also available online at Amazon.com and Barnes&Noble.com. Proceeds from the book will benefit local non-profits including SafePlace and Bake-a-Wish.

I’m honored to have two recipes in the collection and a quirky story reminiscing the first time I arrived in Austin in the  ’70’s.  You’ll have to buy the book to see which recipes and read the story though. 😉

Stay tuned for more information on upcoming events {a book signing and cooking classes} for the Austin Food Blogger Alliance Cookbook. In the meantime, hurry and grab a copy!