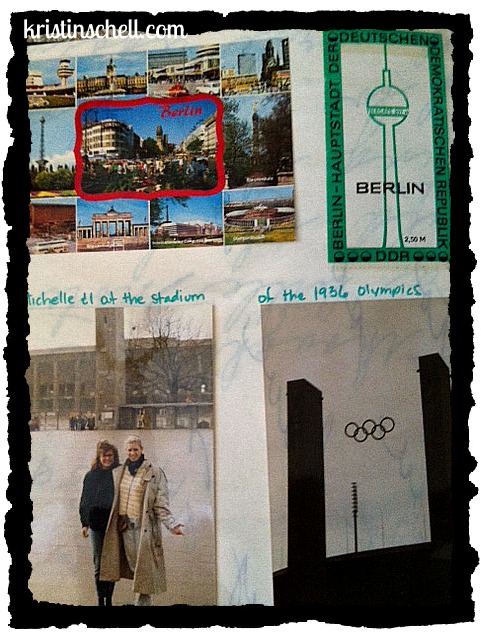 I love the Olympic Games. The competition, anticipation and the thrill of the Gold keeps me glued to the flat screen. No doubt I’m more drawn to the pageantry than the free-throws, but what moves me most is the Olympic Spirit. It’s ironic that on one hand the Olympic Games are the pinnacle of competition, the best of the best vying for the championship, athletes arriving in the arena focused for the win. Yet on the other hand, the games unite – blurring international boarders, blending languages and for a vapor of time dissolving differences.

The Olympic Games began in Greece in 776 BC

Over 2500 years ago the Ancient Greeks began the tradition of a sporting contest every four years in the town of Olympia. Written records date the first Olympic event in the year 776 BC. The competition attracted athletes from all over Greece to compete in events such as running, long jump, javelin and discus throwing, wrestling, boxing and chariot racing. The games were only open to free men of Greek citizenship and were dedicated to Zeus – the king of the gods. Women were not allowed, even as spectators. The ancient games ended in 393 AD when Roman Emperor Theodosius, a convert to Christianity, decreed a ban on all pagan cults.

The modern day Olympics were conceived by the Baron Pierre de Coubertin in Paris, France in 1894. The Baron was a visionary with an extraordinary idea – to revive the Olympic Games. De Coubertin borrowed the latin phrase Citius, Altius, Forius (which means faster, higher, stronger) from his friend Henri Didon, a French Dominican preacher, to be the official motto of the modern Olympics.  The first Olympic Games, of modern times, were celebrated in Athens, Greece in 1896.

“The most important thing is not to win, but to take part.” Pierre de Coubertin

Pierre de Coubertin’s vision also gave life to Olympism – a philosophy of life which places sport at the service of humankind. Today, the spirit of the Olympics is expressed through three core values: excellence, respect and friendship. 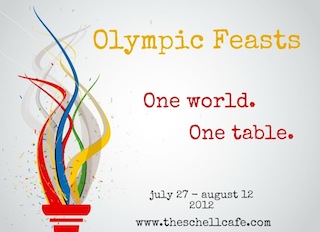 In the spirit of the Olympics, we’ll celebrate the 2012 London Games with a blog series at The Schell Cafe called Olympic Feasts.  Think of this series as your invitation to a international, olympic-sized dinner party. I’ll be hosting friends from around the globe for a two week feast – a continual conversation, featuring stories and recipes from each guest every weekday during the Olympics.

I’m honored to have friends near and dear to my heart join me from the four corners of the world. During the Olympic Feasts you’ll savor stories and recipes from:

Come to the table! Hear the stories. Taste and see the goodness that is offered. It’s been so fun reconnecting, reminiscing and reading what my friend have to share. Trust me, you won’t want to miss a day of our feast.

The opening ceremony of the 2012 Olympics will be broadcast from London this evening, July 27th. For tonight’s events and to plan your viewing schedule, visit NBC’s Olympic site.

Enjoy watching the ceremonies and games this weekend, and promise you’ll come back to The Schell Cafe on Monday to hear from our first dinner guest.

To make sure you don’t miss any of the Olympic Feasts, please consider subscribing to The Schell Cafe. To subscribe, simply enter your email in the subscription box at the top right corner of this page.

To kick off our Olympic Feasts, I’d like to propose a toast! To all of you gathered ’round the table. To those who took the time to share a special meal and story. And to those of you kind enough to share in the feast. Welcome, friends. Cheers!